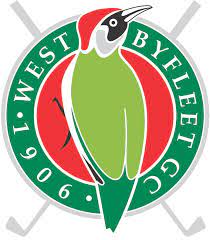 26 players set out at West Byfleet, which was in excellent condition, having recently completed the club championships.

With good weather and the rough being quite severe in places, the greens and fairways were in great condition. An excellent meal was enjoyed by the members, followed by a short speech from the head of the charity we are supporting this year, a very worthy cause.