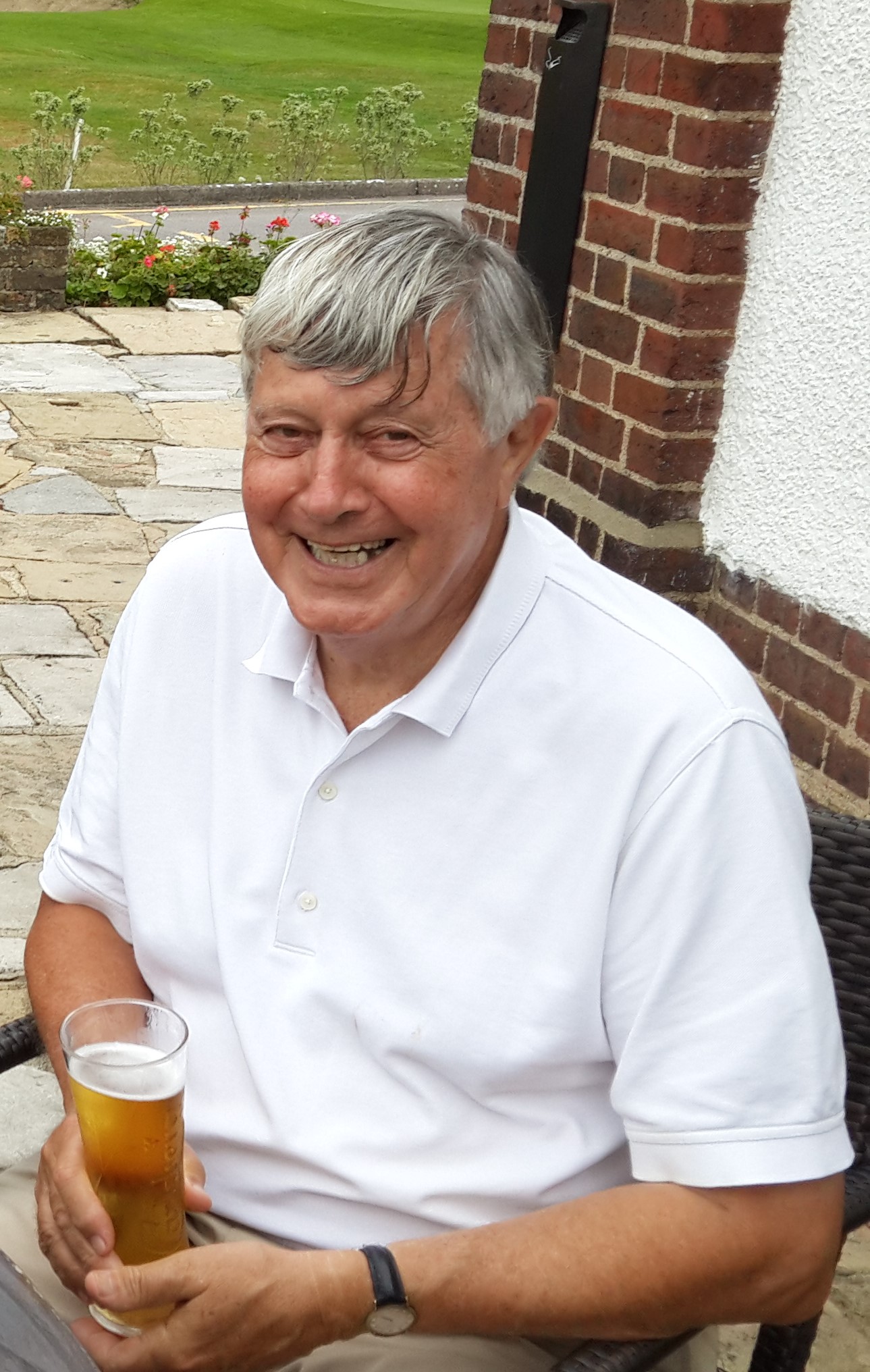 I am sad to have to tell you that Nick Buse has died. Nick was a stalwart of the society for many years from the early Nineties and a very effective player off a respectable handicap. He is still the only member to have won the Champions Cup three years in succession (1997-1999) and most of you will remember he was our Captain in 2003. He won all three of our Division A seasonal trophies, and the Matchplay singles twice and the doubles three times, the last two (2002 & 2004) with John Moss as his partner.

Nick was a tremendously convivial guy with a great sense of bonhomie and it was always a pleasure to be drawn to play with him – or against him! – in our events. He had a notable habit of crying “Oh No!” when he felt his swing had let him down but, almost every time, the ball landed in the fairway over 200 yards away. So, “Ono” Buse he became and remained.

More recently he went to live on the southeast coast and his membership lapsed, but he wished us all well whenever I invited him to the annual Captain v President match. One message from Nick less than two years ago: “I have moved down to St Leonards on sea to be near our grandchildren. I still miss the BGS matches……Please pass on my good wishes to all at the BGS.”

Thanks for all the memories, Nick.

from your many friends in the society you supported so well.