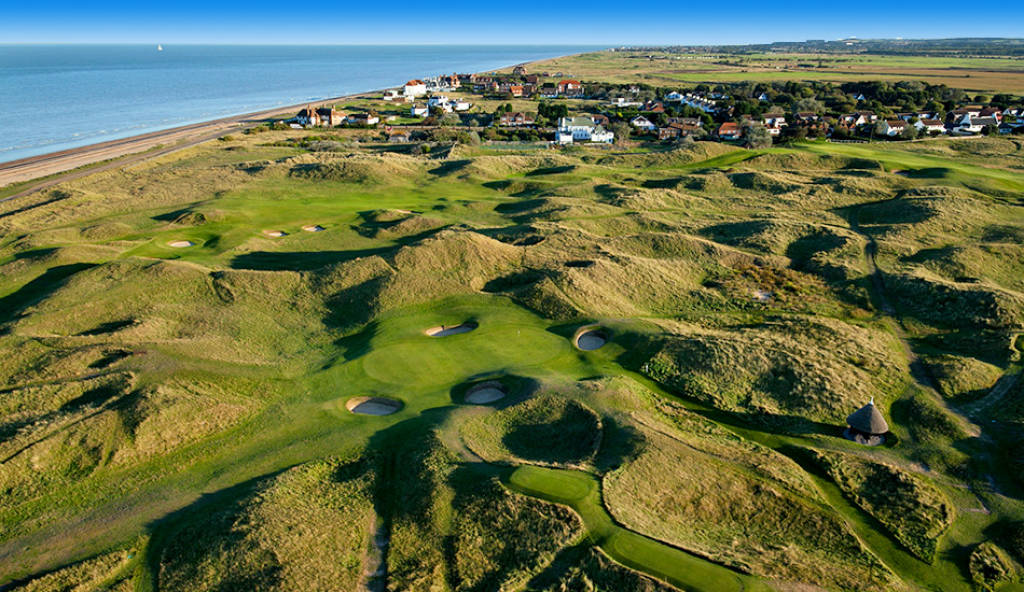 PN Comment – I spent much of my youth fishing on this beach!  We also entered the course (through the fence) during the first recent Open to see a hole in one early one evening.  Never played it – but I have played Princes next door several times including with my brothers father-in-law who was the Pro for many years.

Golf’s authorities are responding to renewed lockdown on the day handicap procedures change for hundreds of thousands of the UK’s recreational players amid fears of “teething problems” with the new system.

The World Handicap System, devised by the sport’s ruling bodies, the R&A and United States Golf Association, is being described as a “seismic” change to how the club game is administered.

It was launched last January and from Monday, 2 November is being used in Britain for the first time.

Every club golfer is affected by changes which mean that, when it is again permissible, they can play any course in the world with the correct handicap allowance for their playing ability.

Under the new system the best eight scores from a player’s last 20 competitive rounds provides the basis of their “Handicap Index”. Separately, the difficulty of golf courses for scratch and ‘bogey’ golfers has been assessed.

This gives each course a gender specific rating, known as “slope index” for each set of tees. Multiplying the handicap index by the course rating and dividing by a base measurement of 113 creates a playing handicap.

It is specific to that player on that course, wherever in the world it is located.

Further complexities abound, depending on the format that is being played (for example 95% of the calculated handicap for medal stroke play) but in practice this should be clearly indicated by the host clubs and competition organisers.

Furthermore, the centralised administration of the new system has drawn criticism because of concerns over data distribution.

National federations, rather than individual clubs, act as “calculation hubs” with England Golf assuming responsibility for the country’s nearly 2,000 clubs. It is a similar story in Scotland, Wales and Ireland.

“It really is a seismic change,” England Gold chief executive Jeremy Tomlinson told BBC Sport. “A huge change is that we are going to be moving from 1800 calculation hubs, which is circa the number of clubs in England, to one calculation hub now.”

The transition is far from straightforward and critics have accused governing bodies of making a “data grab” by insisting that clubs and players supply email addresses, dates of birth and gender details.

Sources indicate some clubs have been reluctant to divulge such information, while others have provided only generic email addresses rather than one specific to members.

If no acceptable email address is submitted, players will be denied a handicap. This is a potential problem for older golfers and young juniors who might not use the internet.

“Quite simply, we asked for unique forms of identity, an email address and a date of birth,” Tomlinson said.

“We asked for those so that we can identify 640,000 people and make sure we start off with the best possible foundation platform to ensure their golf identity really is theirs.”

Tomlinson says England Golf has already unearthed “tens of thousands of inaccuracies” during the transition period and have complied with all legal requirements regarding data protection.

“Far from it being a data grab, it’s all about identifying golfers to make sure their handicap data truly is theirs so we start the platform with the highest level of integrity,” he said.

Tomlinson is calling for patience during the transition period. “There have been problems with purifying databases,” he admitted.

“There have been issues with regards to connectivity, with regards to software. There are many queries coming through right now, so I’m just going to be real about this.

The England Golf boss insists this uniform rating of golfers’ abilities will create a fairer game. “There won’t be little idiosyncrasies of golf clubs with their own processes, there will be one way of doing things,” Tomlinson said.

“One central calculation hub, one central library with one algorithm to calculate people’s handicaps.

“We believe it will offer a new level of integrity that people can really trust but also a wonderful way in which people can cross countries and across the world and have the ability to apply their handicap to whatever golf course they play.”

Only golf club members are able to gain a legitimate handicap under the new system but thousands of lapsed and new players have taken up the sport during the coronavirus pandemic.

Providing a mechanism to allow nomadic golfers who prefer to pay and play with an official handicap would seem an effective way of encouraging those players to remain committed to the sport.

“I think it’s very inherent that the handicap system does drive that avidness,” Tomlinson admitted.

“In some way shape or form, I’m sure in the future independent golfers are going to be able to gain a handicap through the WHS.

“I recommend people visit our website and WHS education section where we’ve put together a toolkit so that people can more easily understand it.”

It will be no consolation that players in England now appear to have plenty of time to appraise themselves of the new system.

The sport has been regarded a social distancing success during the Covid-19 era but while Scotland and Northern Ireland have allowed their courses to stay open, those in England have not been spared from measures announced by the Prime Minister last Saturday. Courses and driving ranges are due to shut on Thursday. Courses in Wales have been shut since 23 October.

England Golf is to “respectfully challenge the government’s rationale for closing golf courses” and Tomlinson described the shutdown as “counter-productive” in an open letter to affiliated golfers.

More than 250,000 people have signed a petition against the move and Tomlinson is promising to lobby “MPs, colleagues, media and friends to make sure we are heard by government”. Following this, the All-Party Parliamentary Group for Golf is meeting on Monday.