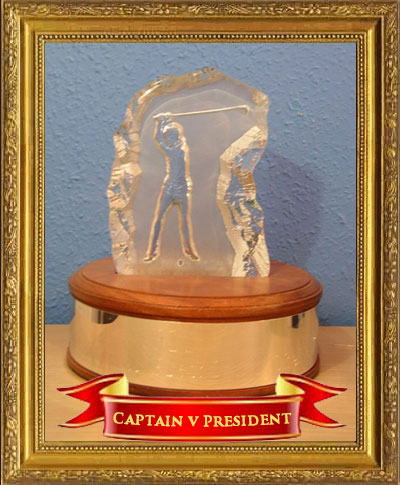 Played each October at Royal Winchester Golf Club. Two 12-person teams compete in fourball betterball pairs. The Captain’s team comprises past captains of the Society. The President’s team is drawn from this year’s committee and event organisers. As the years go by, more and more people become ex-captains, so the President conscripts loyal fixture supporters and the most ex of the ex-captains. Scores for each 4-ball are kept secret until the end. The Captain’s and President’s own pairing’s scores are then added to the overall team Stableford. Extra rules are sometimes added as we go.